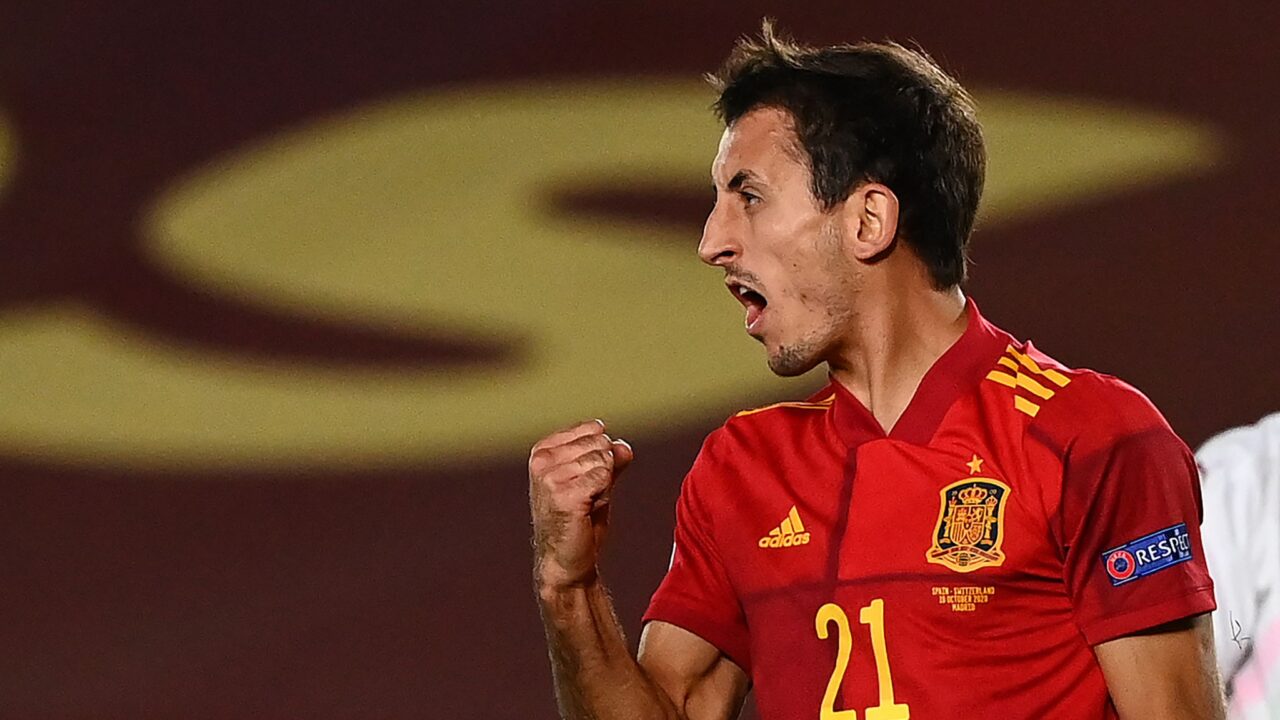 On Tuesday, Ukraine receives Spain as part of the 4th day of group 4 of the League of Nations A. Ukraine will try to resume its forward march. Spain defends its 1st place.

Leader of group 1 of Nations League A in the 1st edition, Ukraine is promoted to League A this year. Last September, Andrey Shevchenko’s men started this campaign very well by winning at home against Switzerland (2-1) before being largely beaten in Spain on the second day (4-0). Very reduced by the covid for this gathering, they were outclassed during a friendly match played in France (7-1) before resisting better at home against Germany last Sunday on the occasion of the 3rd day of this group League of Nations (1-2). Previously, the partners of winger Andrey Yarmolenko brilliantly composted their ticket for Euro 2021 by dominating, with an excellent record of 6 wins and 2 draws, group B of the qualifiers, notably ahead of Portugal.

During the last meeting, Spain started very well this group 4 of the League of Nations A. First jostled in Germany, Luis Enrique’s men finally caught the point of the draw thanks to a goal scored at the end additional time (1-1). Three days later, they easily took the upper hand, at home, over Ukraine (4-0). During this rally, the Spanish team did not really seduce observers. La Roja first preserved the draw point in Portugal in a friendly (0-0) before winning, on the smallest of margins, their Nations League match played at home against Switzerland last Saturday (1-0 ). Before that, the Spanish team easily validated its ticket for Euro 2021. Present in group F of the qualifications, Sergio Ramos’ partners finished, with a serious record of 8 wins and 2 draws, in the lead, ahead of Sweden, Norway, Romania, the Faroe Islands and Malta.

Staff for Ukraine vs Spain

For Ukraine, the workforce is decimated due to Covid and injuries. Tested positive, titular goalkeeper Pyatov (Shakhtar), substitute Real Madrid goalkeeper Lunin and another goalkeeper, Pankiv, as well as the historic Stepanenko (Shakhtar), are absent as are their club teammates Matvienko, Kovalenko, Marlos and Junior Moraes (quarantine). On top of that, Zinchenko (Manchester City), nugget Supriaha, midfielder Buyalski, experienced Konaplyanka (Shakhtar), but also Kryvtsov (starting in September) and Bolbat are all in the infirmary. Scorer against Germany last weekend, Atalanta player Mlinovskiy was also forced to forfeit his third and last game of the rally. Offensively the main danger will be Yarmolenko (West Ham), who scored 38 goals for Sbirna. At his side, we should find the experienced Sydorchuk (Dynamo Kyiv) and striker Yaremchum (La Gantoise).

For Spain, the main players absent are defender Dani Carvajal (Real Madrid), midfielders Thiago Alcantara (Liverpool, Covid) and Oscar Rodriguez (Sevilla FC) and striker Asensio (Real Madrid). Luis Enrique made a change of generation and no less than 17 elements now have less than 10 selections. Symbol of this renewal, winger Ansu Fati became the youngest scorer in the history of the selection at 17 years old during the last rally. A few captains like goalkeeper De Gea, defenders Sergio Ramos and Jesus Navas, midfielder Sergio Busquets and striker Rodrigo, supervise the younger ones.

The key fact about the match Ukraine vs Spain

This meeting will be played with a limited number of spectators.

Travelling in a very diminished Ukraine, Spain should logically assert its supremacy on Tuesday. Victory Spain!