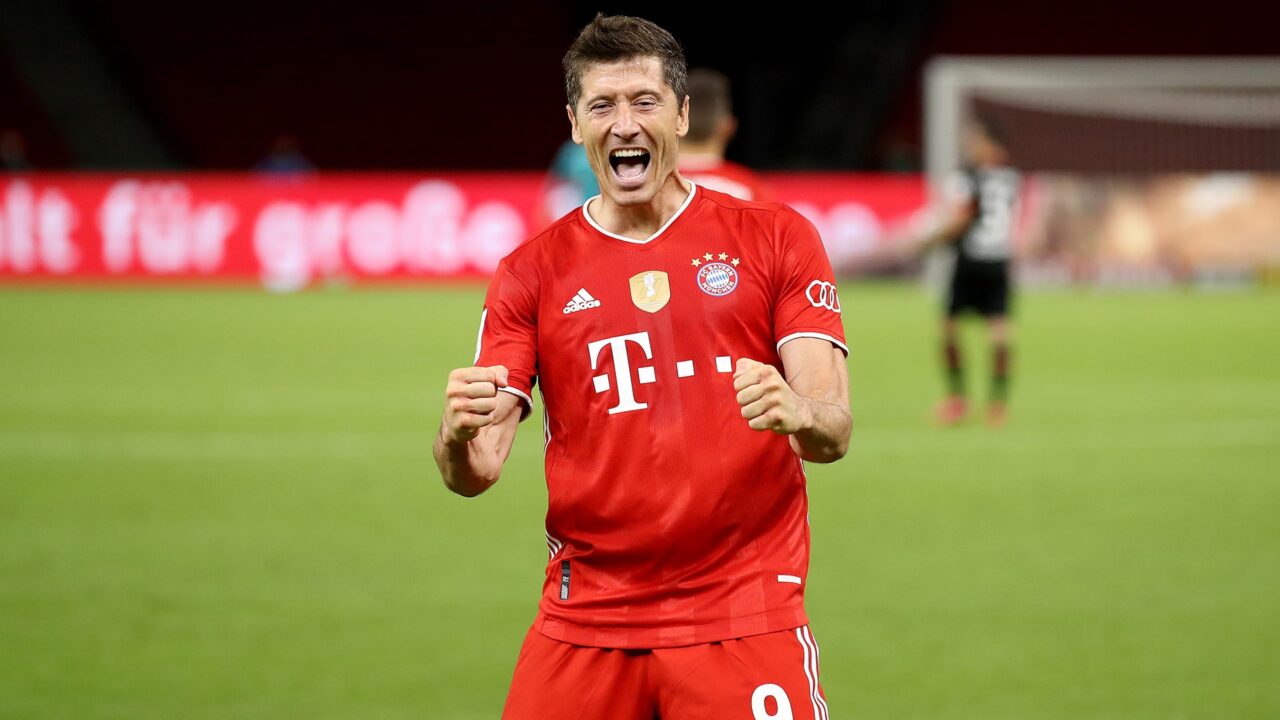 Next Friday, the 2020-2021 Bundesliga season begins with a meeting between Bayern Munich and Schalke 04. Both teams will want to win to get their respective season off to the best possible start.

Without competition on the national scene in recent years, Bayern had started their season badly before questioning themselves very seriously in the heart of winter. After confinement, the Bavarians have started the winning machine and have won all of their matches since February, for a total of 21 consecutive victories. Logically, Robert Lewandowski’s partners, therefore, won the league title and the German Cup. During the Final 8 of the Champions League, they also proved that they were superior to all the teams of the Old Continent by winning against Barcelona in the quarter-final (2-8), Lyon in the semi-final ( 0-3), and PSG (0-1) in the final and they haven’t played a single game since.

For his part, Schalke 04 got off to a good start last season to the point of occupying a place among the top 8 teams in the standings at the break. But the Gelsenkirchen players have completely let go after confinement by not winning a single victory and losing 7 times in 9 games. Lately, they’ve gained some confidence by winning against lower division teams Aris (1-0) and Bochum (3-0).

The workforce for Bayern Munich vs Schalke 04

During the summer, Bayern lost some of their important players, especially on the offensive side. This is particularly the case of Coutinho and Perisic who returned to their respective clubs Barça and Inter. Otherwise, all the executives of the team remained in Bavaria. In the opposite direction, the club has strengthened by enlisting the excellent winger Leroy Sané who played very little with Manchester City last year due to a serious injury. The Munich leaders also brought in the young Parisian titi Kouassi and the goalkeeper of … Schalke 04 Nübel. Without a doubt, Polish striker Lewandowski, who scored 34 goals in 31 league games last year, should have a major influence on his team’s results.

Schalke 04, therefore, saw his goalkeeper Nübel leave free at Bayern this summer. Also, the very good midfielders Caligiuri (Augsburg) and Mckennie (Juventus) and the side Kenny (Everton) all packed their bags without forgetting the departures of Barcelona’s Todibo and Juan Miranda who were only loaned during the 2nd game. of the season. Side reinforcements, the club brought in the center forward Hertha Ibisevic, author of 7 goals and 3 assists last year. Also, note the presence in this workforce of the former Dijon side Mendyl who returned to the Ruhr after the end of his loan.

Key points for the match Bayern Munich vs Schalke 04

Coaches have the possibility of making 5 substitutions during the game.
The meeting will be played behind closed doors.

Largely superior to their opponents, Bayern should undoubtedly be able to win on Friday night. Bayern Munich victory!