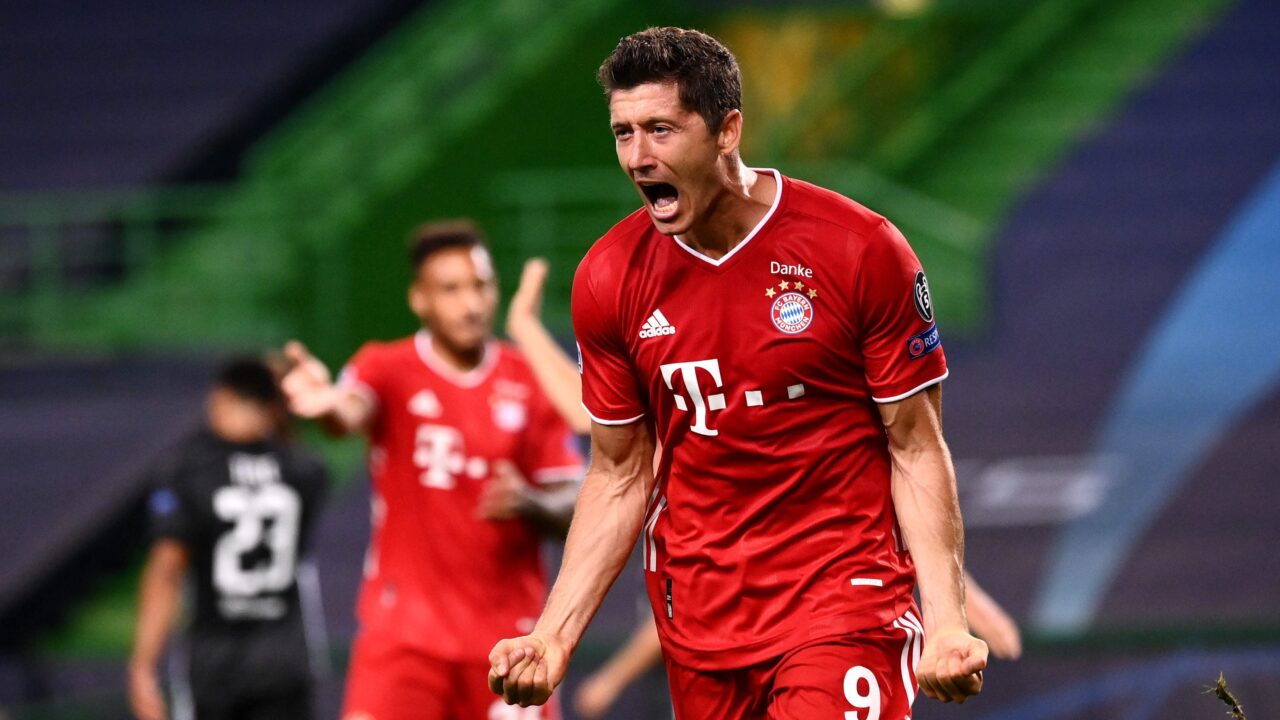 Grand final of the Champions League this Sunday 23 August!

At the Stade de la Luz, the stronghold of Benfica, Paris Saint-Germain will play the first Champions League final in its history against Bayern Munich! After 9 years under the Qatari banner, PSG finally reaches the last stage of the mother competition of European football. An accomplishment that Nasser Al-Khelaifi did not fail to highlight, without forgetting to recall that the objective was not only to reach the final, but to win it.

Having notably beaten Real Madrid, Borussia Dortmund, Atalanta Bergamo and RB Leipzig during their career, the Parisian club will certainly face its toughest opponent this Sunday. This season, Bayern Munich are indeed certainly the best team in Europe, and their offensive statistics in C1 speak for themselves. With no less than 42 goals scored in 10 European games, the Bavarian club is running at more than 4 goals per game and did not seem in difficulty against any opponent or almost.

During their campaign, the men of Hans-Dieter Flick have indeed dismissed Tottenham, Chelsea, FC Barcelona or Olympique Lyonnais, and often with clear scores. However, Bayern will have to face a PSG in great shape, led by an impressive Neymar since the resumption of competition, an always dangerous Kylian Mbappé and a reassuring Thiago Silva in defense, who is preparing to play his very last match under the Parisian tunic. Who will lift the cup to the big ears within 72 hours?

Key stats for the match PSG vs Bayern Munich

Bayern Munich have scored 42 goals in 10 European games this season. That is more than 4 goals per match!
Robert Lewandowski is the top scorer of the 2019-2020 season, by far: 55 goals for the Polish striker, an average of more than 1.20 goals per game! The second, Ciro Immobile, registered 39.
During their C1 campaign, Bayern inflicted sacred corrections on their opponents: 7-2 against Tottenham, 6-0 against Red Star Belgrade, 7-1 over all two games against Chelsea , and especially the famous 8-2 in the quarterfinals against FC Barcelona!
7 of PSG’s 10 LDC games have crossed the 2.5-goal mark this season, including 3-0 against Leipzig, 3-0 against Real Madrid, 5-0 against Bruges and Galatasaray, or 2- 2 at Santiago Bernabeu.
Neymar seems to be in the shape of his career, Kylian Mbappé has recovered from his injury, Marco Verratti will be in the group of the final, Thiago Silva is back at his best at 35, and Marquinhos has an international level: PSG is ready !
Bayern Munich showed some defensive flaws, whether against FC Barcelona or Olympique Lyonnais despite the final scores of these meetings. Faced with a twirling Neymar and a Mbappé who is likely to prevent the side from going up as much as they usually do, it could hurt!

This Champions League final is certainly the best possible poster given the strengths involved and the level displayed by the contenders for final victory in this C1. All the ingredients seem to come together for a historic meeting and a high-level show. Difficult to imagine this shock with less than 3 goals during the final whistle!