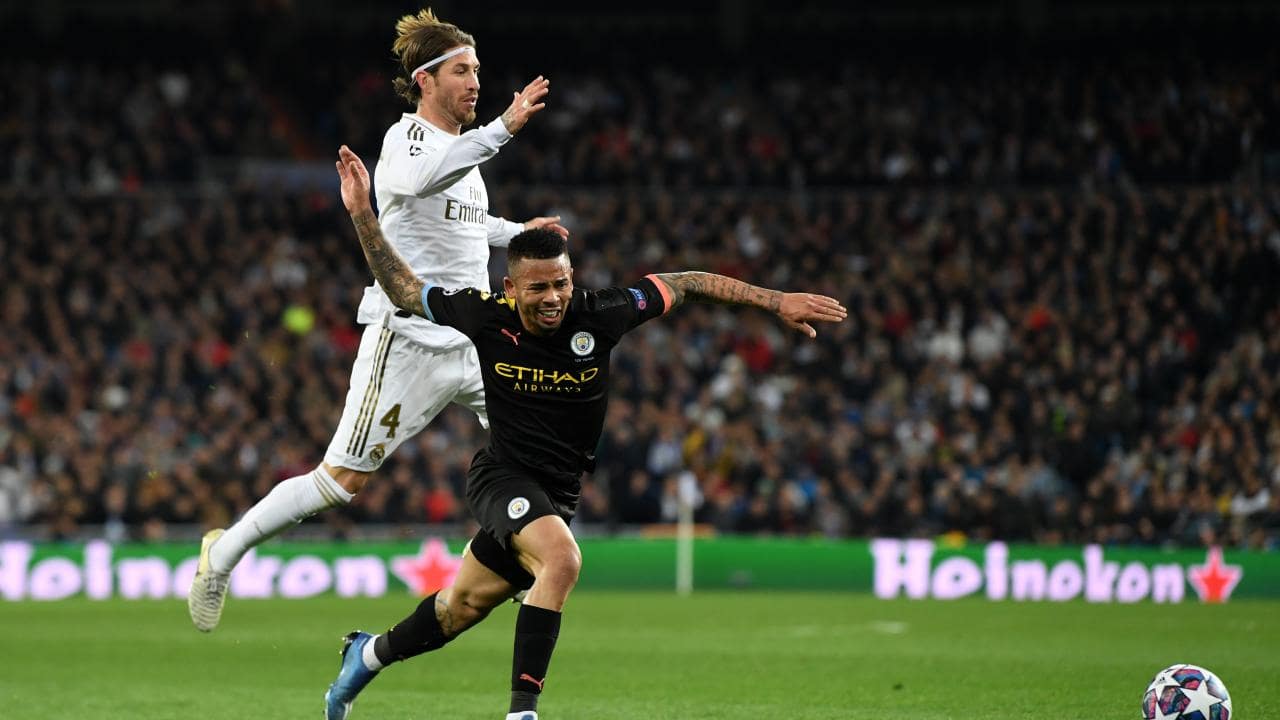 ➡ Manchester City, an English team that failed to defend the Premier League title so he was in 2nd place far behind Liverpool. Manchester City is finally looking to win the Champions League, it is a team objective and the investment in Guardiola was made in that direction.

In the group stage, they fulfilled and played enough to pass and win the group and took a very important step when they won in Madrid in the first-round game with a good 2-1 turnaround.

Aguero will be Manchester City’s most resounding casualty for this game and in its place, we will have Brazilian striker Gabriel Jesus who scored precisely one of the goals scored in Madrid.

➡ Real Madrid, a Spanish team that recovered the title of Spanish national champion where they started after Barcelona but on the return of Pandemic presented a great consistency of results.

Real Madrid came in very focused and even without playing very beautiful or exorbitant football, it was very efficient.

The meringues won many games by the minimum margin, but they improved a lot in defense, Sérgio Ramos has been the boss and soon he misses this game due to suspension.

In your place should be Eder Militão. In turn and due to this stop, players like Hazard and Asensio who were injured will make their contribution in this game where Real Madrid, as European champion, intends to operate a turnaround in the game and the draw.

I think we are going to have a very interesting game here, between two teams with a lot of quality.

Real Madrid is at a disadvantage and will have to attack in this match. It is complicated to attack against a team that has very high% of ball possession as Guardiola’s teams are and so I expect an interesting game. Here, with City with more ball, they also have chances and opportunities to attack Real Madrid, and these, in the counterattack and plays in transition, want to score.

I expect a game with goals, no matter who scores first, the game has and should be opened by the circumstances, and therefore my bet falls on at least 3 goals in this match, a bet that I believe has a good chance of winning.