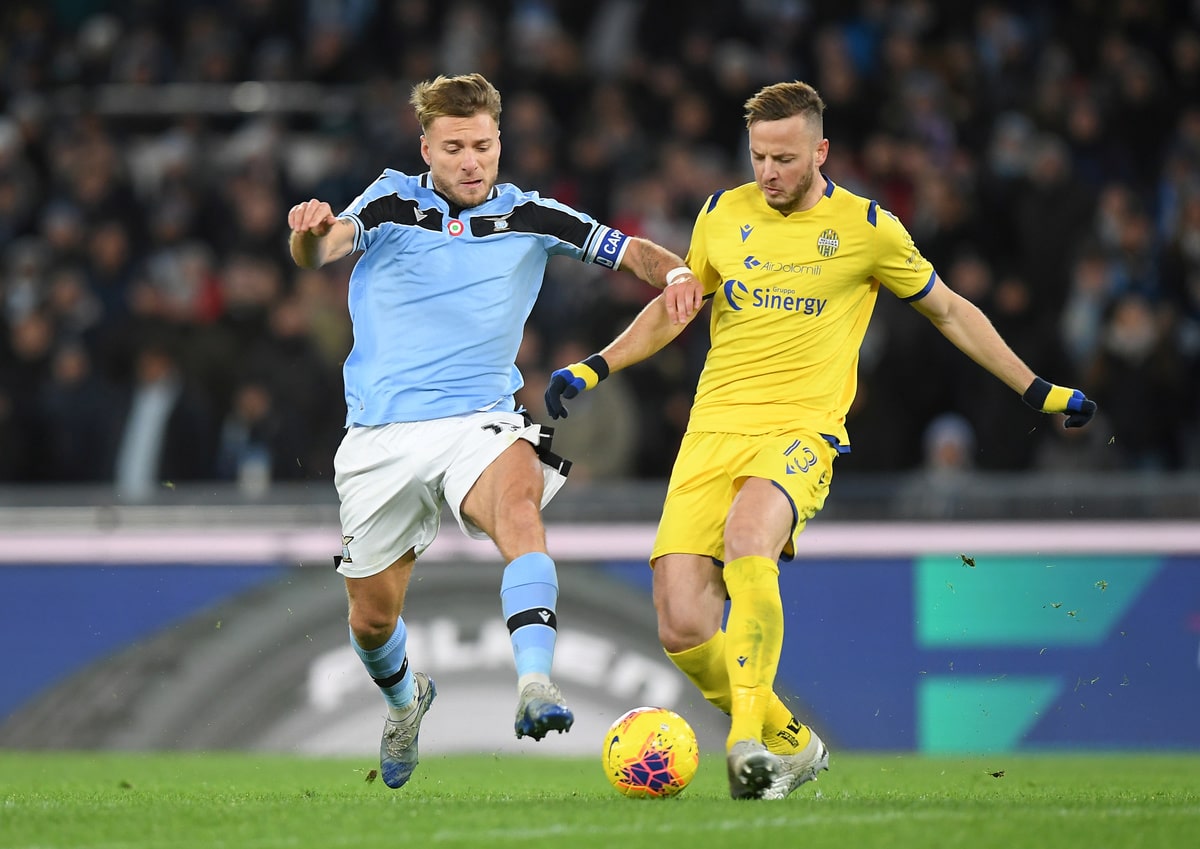 On Sunday, Hellas Verone receives Lazio Rome on behalf of the 36th day of Serie A. Hellas Verona can no longer hope for anything unlike Lazio who hope to get back on the podium.

With 46 points won since the start of the season, Hellas Verona are in 9th position in the standings but they are still 10 points behind 7th place, potentially qualifying for the Europa League and will therefore not be able to play in the European Cup. next year. Too clumsy for weeks, the club has not won for 6 games. Lately, I Gialloblu could not win against Atalanta (1-1) and Torino (1-1).
Opposite, Lazio achieved a first part of the season canon, even going so far as to display beautiful ambitions of Scudetto. But the Eternal City club has lived through more complicated hours in recent weeks which have forced them to put aside their dreams. Beaten 4 times in 5 matches, the last of which was against Sassuolo (1-2) and Juventus (2-1) with in the meantime a draw against Udinese (0-0), the Romans finally returned to victory in winning in front of Cagliari on Thursday night (2-1). In the standings, however, they remain in 4th place, 2 lengths from 2nd place.

The workforce for Hellas Verona vs Lazio Roma

Hellas Verone must always compose without the important Kumbulla, Pazzini and Dawidowicz and without the regulars of the bench Adjapong, Bocchetti and Danzi who remain unavailable. On the other hand, midfielder Amrabat is back from suspension.
On the Roman side, executives Marusic, Lulic and Correa and former Liverpool midfielder Lucas Leiva should not make the trip. In attack, Ciro Immobile is formidable and on Thursday evening scored his 30th pawn in the league this season.

Key points for the match Hellas Verona vs Lazio Roma

The two teams were neutralized in the first leg (0-0)
Coaches have the possibility of making 5 substitutions during the game.
This meeting will take place behind closed doors.

As in the first leg, these two formations could leave back to back. Draw!