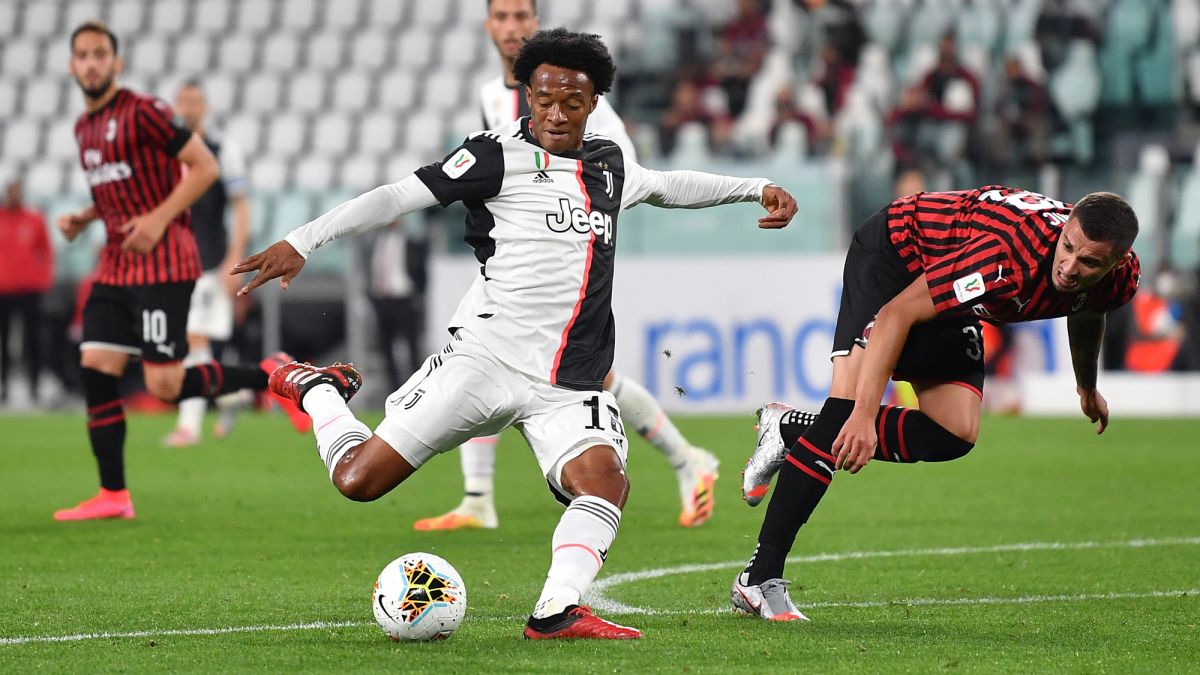 This Tuesday, AC Milan receives Juventus on the 31st day of Serie A. AC Milan is eyeing European squares. Juve is fighting for a new Scudetto.

7th in Serie A with 2 units behind 6th place, AC Milan will have to work to hang a European jump seat. More consistent during the second part of the season, the Rossoneri are still showing their advantage since the resumption. They won in Lecce (4-1) and against Roma (2-0) before conceding the sharing of points in a relegation, SPAL (2-2). This weekend, Milan struck a big blow, winning on the lawn of Lazio of Rome (0-3), dolphin of … Juventus.
Eight-time reigning Italian champion, Juventus is in a favorable tie to hang a 9th title in a row since it occupies the head of Serie A with 7 points ahead from Lazio. Uncompromising in the league, the Old Lady has won in the last 6 days when she lost in the final of the Italian Cup to Naples (0-0, defeat on penalties). Subsequently, the Bianconeri won their championship games played in Bologna (0-2), against Lecce (4-0), in Genoa (1-3) and at home against Torino on Saturday (4-1).

The staff for AC Milan vs Juventus

AC Milan have to contend with the injury-free absences of potential defender Musacchio, Spanish winger Castillejo and substitute Duarte, and the uncertainty weighing on the blaster Calhanoglu. After a difficult start, the Croatian international Ante Rebic is now perfectly suited to this Lombard formation and stretches the goals, while Zlatan scored against Lazio for his return as starting after his injury.
Juventus have to contend with the absence of potential starter De Sciglio, promising Demiral and experienced German midfielder Khedira, all injured. In addition, De Ligt and Dybala (11 goals and 5 assists in the league) are suspended. Cristiano Ronaldo (25 goals), however, will be there, while defensive managers Chiellini and Alex Sandro are uncertain.

The compositions for AC Milan vs Juventus

The history of confrontations AC Milan vs Juventus

In the last 10 confrontations, AC Milan have not won against Juventus (8 defeats and 2 draws).
During the first leg, AC Milan were beaten in the lair of Juventus (1-0).
Coaches can make 5 replacements during the game.
This meeting will take place behind closed doors.

Key points for the match AC Milan vs Juventus

– AC Milan’s last victory against Juve dates back to October 2016, with 12 games.
– Juventus barely ruled out AC Milan in the semi-finals of the Italian Cup (1-1 draw away from home and 0-0 at home), and won the first leg.

In mission in this end of the championship, Juventus can continue its good momentum by winning at San Siro on Tuesday. Juventus victory!