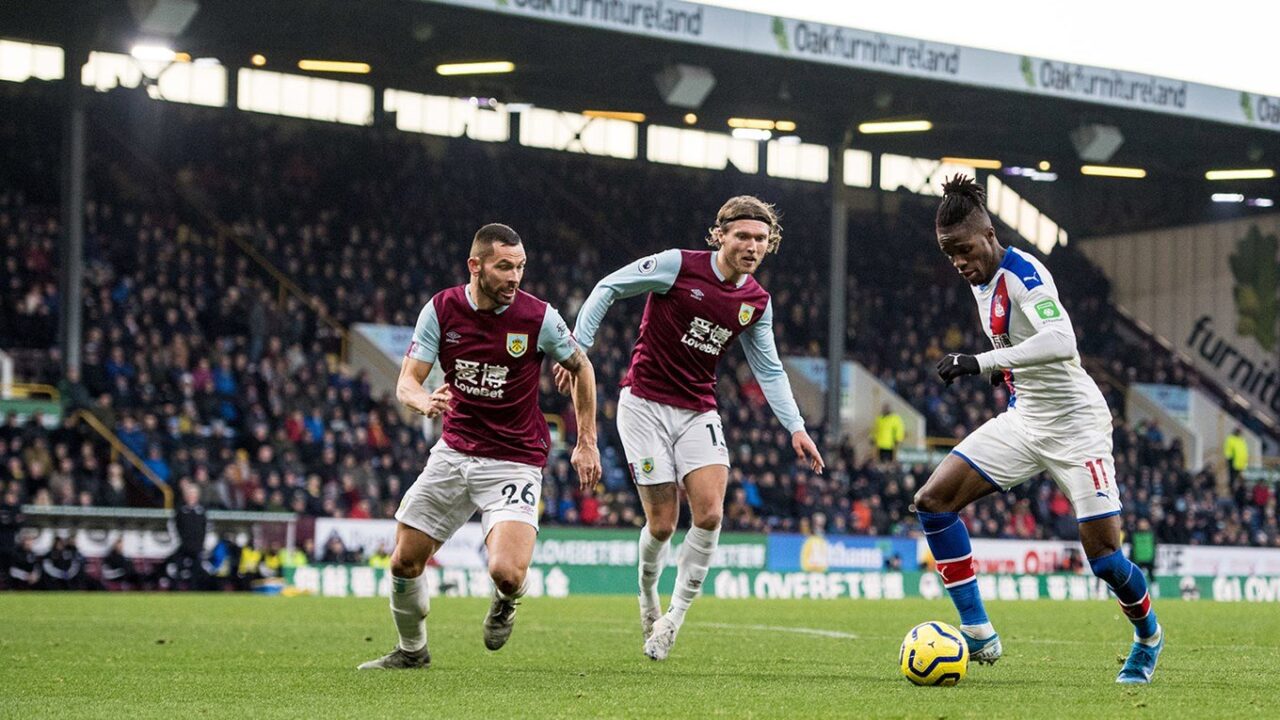 This Monday, Crystal Palace receives Burnley for the 32nd day of the Premier League. Both teams hope to finish in the 1st half of the table.

Well wedged in the soft stomach of the ranking, Crystal Palace occupies the 10th place in the Premier League with 10 units behind the 5th place, synonymous with qualification for the next Europa League. Victorious of their last 3 games played before the break, Jordan Ayew’s teammates have perfectly resumed the competition by winning at relegation Bournemouth (0-2). On Wednesday, however, they lost heavily to Liverpool (4-0).
Author of a very honorable 2019/2020 fiscal year, Burnley is currently 11th in the Premier League and seems out of danger for relegation. On a very good dynamic of 7 games without defeat before the cut of the season (4 wins and 3 draws), the Clarets resumed the championship by losing heavily in the lair of Manchester City (5-0). But last Thursday, they resumed their march forward with this success gleaned at home against the poorly classified Watford (1-0).

The staff for Crystal Palace vs Burnley

Crystal Palace records the defections of potential titular defenders Kelly, Schlupp and Tomkins. Major offensive asset of this formation, the former Marseillais Jordan Ayew (9 goals in the league) is not sure to be supported by the English international Wilfried Zaha victim of a muscular problem against Liverpool. Other important uncertain players: goalkeeper Vicente Guaita and Belgian international striker Benteke.
The attacking sector of Burnley is greatly diminished by the packages of the 2 best scorers Barnes and Wood. In addition, the important Brady, the little used defender Gibson and the Icelandic midfielder Gudmundsson complete the list of injured, while Jeff Hendrick will probably not replay the season, he who is not extended. Goal scorer on the last day, Jay Rodriguez is uncertain.

Key points for the match Crystal Palace vs Burnley

During the first leg, Crystal Palace won in Burnley (0-2).
Coaches can make 5 replacements during the game.
This meeting will take place behind closed doors.