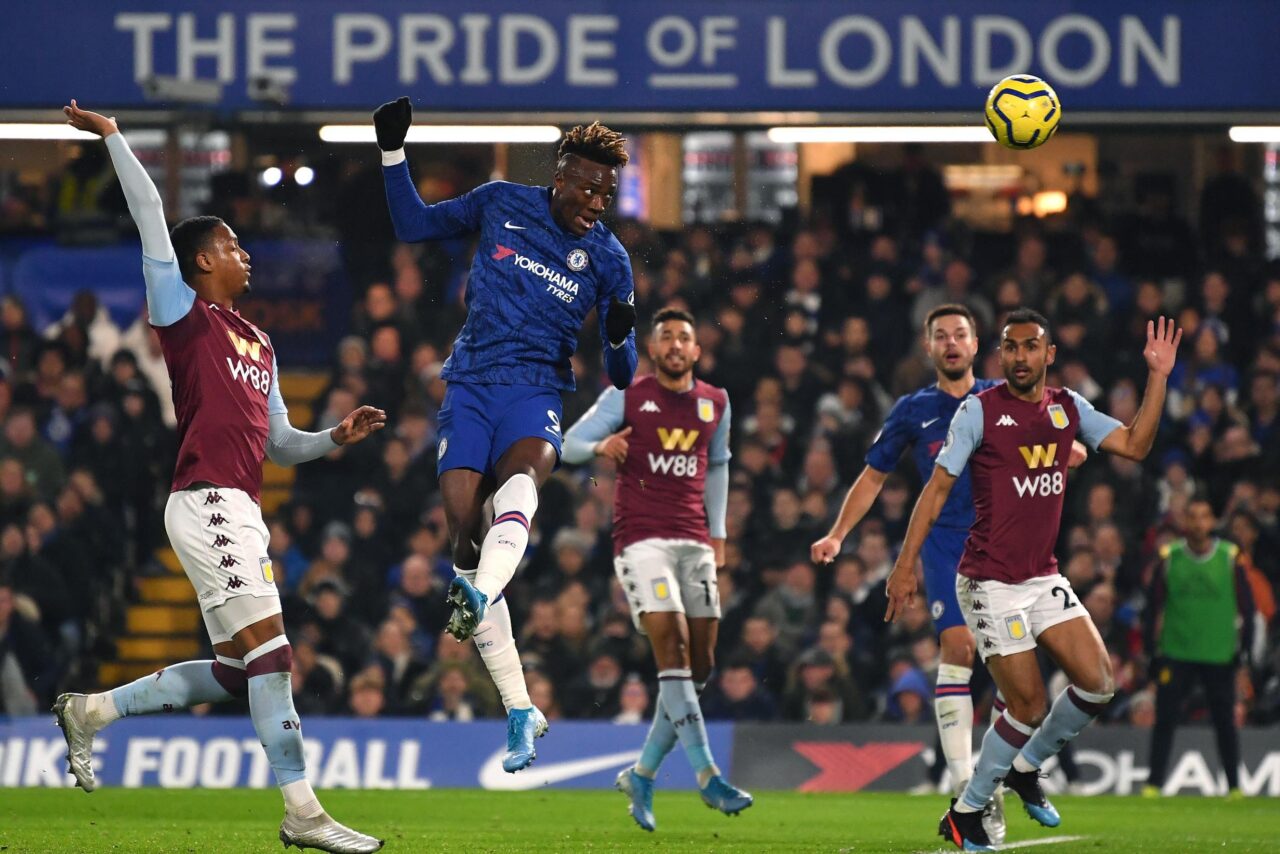 Sunday, Aston Villa receives Chelsea on the occasion of the 30th day of Premier League. Aston Villa is fighting for its maintenance, Chelsea for a place in the Big 4.

The season is difficult for the promoted Aston Villa who is in the 19th and penultimate rank in the Premier League with, however, only 1 point behind the first non-relegationable formation. The Birmingham-based squad has won just one of its last 7 league games before the end of this 2019/2020 fiscal year, losing 5 and drawing 1. Last Wednesday, the Villans returned to competition with this draw conceded at home against Sheffield United (0-0).
In the Champions League, Chelsea are almost eliminated after their heavy defeat conceded at home against a very impressive Bayern Munich formation (0-3). In the league, the Londoners, who have lost none of their last 3 games (2 wins and 1 draw), are still 4th in the Premier League and still have 3 points ahead of Manchester United eyeing the Big 4. They made a big impression in their last 2 games played before the end of the season by winning, at home each time, against Liverpool in the FA Cup (2-0) and against Everton on the last day ( 4-0).

The staff for Aston Villa vs Chelsea

2 framework elements are missing from Aston Villa’s side: the goalkeeper Heaton and the Brazilian striker Wesley, injured. The promoted has the worst defense in the championship with 56 goals conceded in 28 games. The playmaker and captain Grealish is available.
For Chelsea, promising right-back Reece James and long-time absentee van Ginkel are stranded in the hospital wing while important defensive midfielder Jorginho is suspended. Before the cut, Giroud found colors by finding the way of the nets twice during the last 3 days but the Englishman Abraham could be preferred to him.

Key points for the match Aston Villa vs Chelsea

In the first leg, Aston Villa was beaten on the Chelsea lawn (2-1).
Aston Villa resumed competition last Wednesday while Chelsea played their last game in early March.
Coaches can make 5 replacements during the game.
This meeting will be held behind closed doors.

For this recovery match, Chelsea can consolidate its place in the Big 4 by winning at the relegation Aston Villa. Chelsea win!