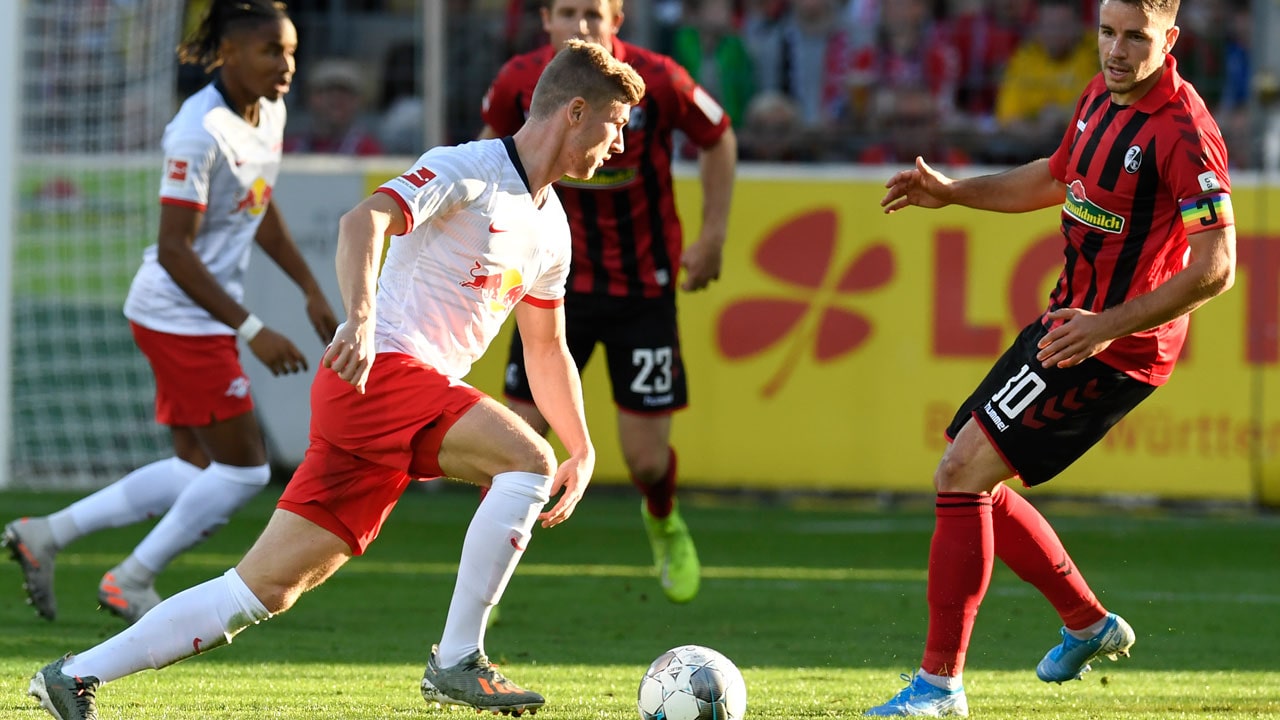 At the start of the season, Leipzig will welcome Freiburg on Saturday May 16 on behalf of the 26th day of the Bundesliga. Leipzig still hopes to grab the title while Freiburg can still dream of a European place.

It was complicated for Leipzig in the quest for its first title in its history before the season was stopped by the spread of Coronavirus. Indeed, RasenBallsport was 5 points behind the leader, Bayern Munich, after conceding the draw in the last match on the field of Wolfsburg (0-0), its 2nd in a row after that conceded the week before at Bayer Leverkusen (1-1). Just before confinement, teammates Christopher Nkunku beat Tottenham in the knockout round of the Champions League 1 / 8th round (3-0) after narrowly winning the first leg (0-1) and qualified for their 1st quarter-final in their history.
For its part, Freiburg was completing a completely satisfactory season. The Black Forest club had found itself in 8th position in the classification of this Bundesliga with only a length of delay on 6th place, potentially qualifying for the Europa League. After being held in check by Augsburg (1-1) and beaten by Fortuna Düsseldorf (0-2) and Dortmund (1-0), the men of Christian Streich had given the step ahead by disposing of the Union Berlin during of the last day (3-1).

The staff for RB Leipzig vs Friborg

For Leipzig, the incumbents Kampl, Konaté and Orban as well as the former Chelsea Ampadu should be recovered from their respective injuries. In addition, the return of defender manager Upamecano who has served his suspension should be noted. With 21 goals on the clock, Timo Werner is the 2nd top scorer in this championship.
The replacement Kübler and important circles Frantz, Abrashi and Kwon could no longer miss the call for Friborg. Absent last week, the Haberer holder should return.

Friborg won in the first leg (2-1).
Leipzig has lost just one home game in the league this season.
Freiburg has won only one of its last 9 away games.
The match will be played behind closed doors.
The two teams have not played for 2 months and could lack automation.

At home, Leipzig should logically win despite the long interruption of the season.