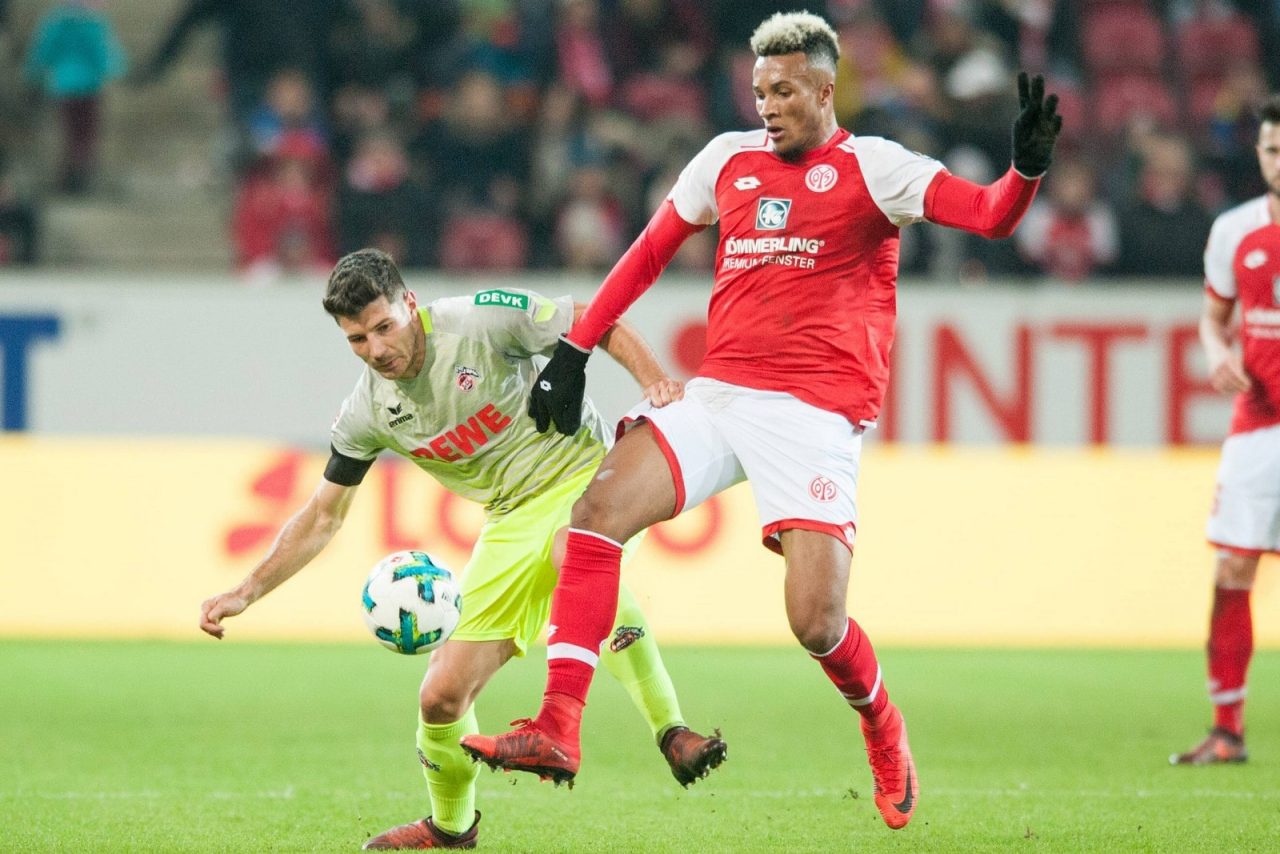 When competition resumes, Koln will welcome Mainz on Sunday May 17 for the 26th day of the Bundesliga. Koln wants to continue taking points to replace themselves in the 1st part of the table while Mainz hopes to increase its lead in the red zone.

Long present in the last 5 places in the classification, Koln had recovered in the right direction and asserted itself as one of the teams in the form of the Bundesliga before the season was paused. Indeed, Anthony Modeste’s teammates had won 4 of their last 6 league games. They won against Freiburg (4-0), Hertha Berlin (0-5), Schalke 04 (3-0) and Paderborn (1-2). But before the break, they were beaten by Borussia Mönchengladbach (2-1) in a late match and still occupy 10th place in the standings.
Opposite, Mainz had kept the head above water and occupies the 15th place of the classification with 4 points more than the barragiste Düsseldorf. Rather irregular during the last weeks of competition, the Nullfünfer was notably beaten by Wolfsburg (4-0) before winning against Paderborn (2-0) and settling for a draw in the last match before the containment at Fortuna Düsseldorf (1-1).

The staff for Koln vs Mainz

Koln could recover the important Katterbach, Verstraete and Czichos who could have taken advantage of the truce to recover. With 10 goals, the Colombian Cordoba is the best fireworker of this meeting.
Long-time absentee Bell may return to Mainz. However, the former Lyonnais Mateta will be suspended after being excluded on the last day.

Key points for the match Koln vs Mainz

Mainz won in the first leg (3-1).
Koln remained on 4 wins in 6 games.
Koln have scored 15 goals in their last 5 games.
The match will be played behind closed doors.
The two teams have not played for 2 months and could lack automation.

Before the break, Koln had shown beautiful things. Also, the club could resume its season by winning in front of a Mainz team which lacks consistency this year.