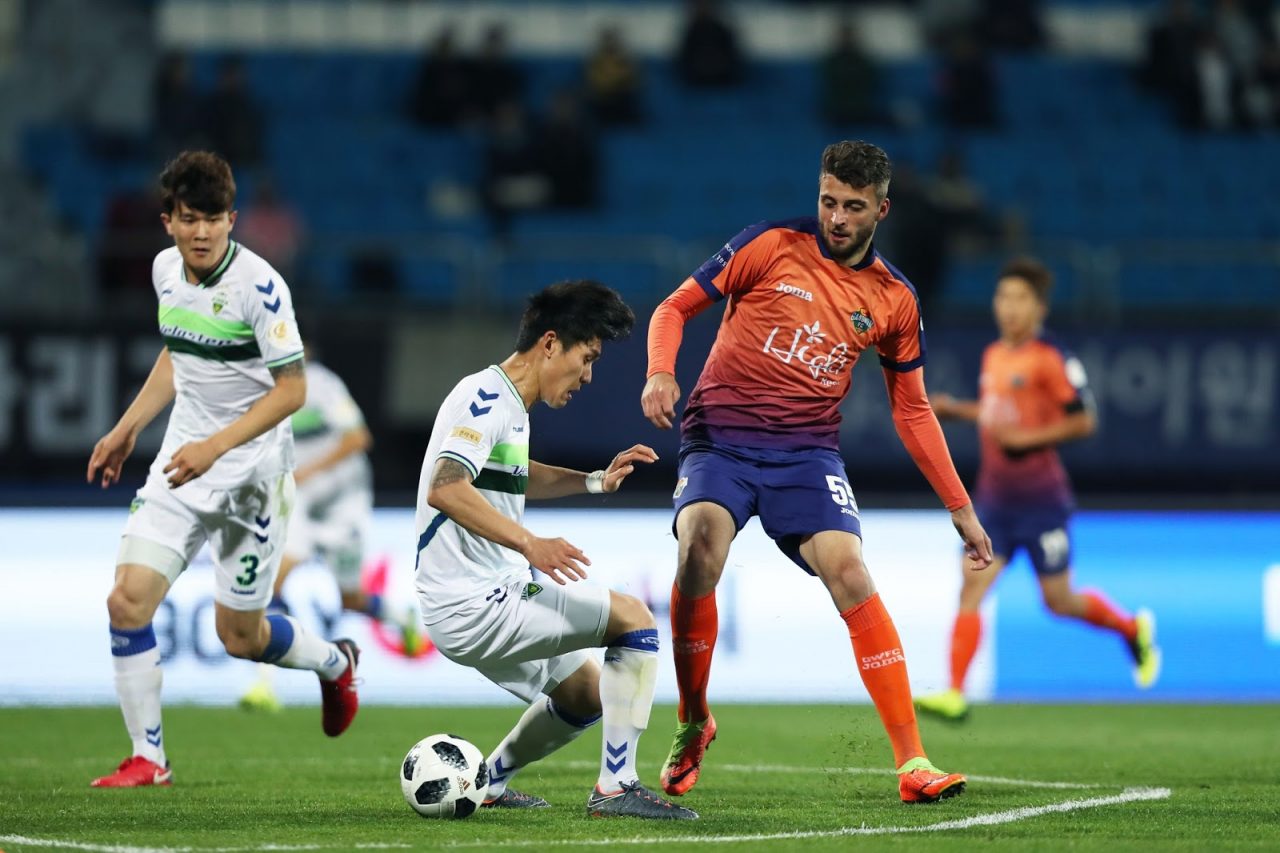 This Saturday, Gwangju Sangmu receives Gangwon on the occasion of the 2nd day of the South Korean championship. Gwangju Sangmu wants to win his first game of the season. Gangwon hopes to confirm its good 1st game.

Heavily defeated on Ulsan’s lawn last weekend (4-0), Gwangju Sangmu started this 2019/2020 fiscal year badly and is in 12th and last place in the ranking. Last year, the team narrowly missed qualifying for the finals, finishing in 7th place with the same number of points as the 6th. After his heavy setback from Day 1, Gwangju Sangmu hopes to react this Saturday.
Gangwon is currently 2nd in K-League 1 after gaining the upper hand, at home, on FC Seoul during the 1st day (3-1). In 2019, the team had to work to validate their ticket for the final stages and finished in 6th place, just in front of their opponent of the day. Present in the final stages awarding the title of champion of South Korea, Gangwon did not surprise, winning the 6th and last row.

The staff for Gwangju Sangmu vs Gangwon FC

Gwangju Sangmu’s coach can count on the 2 current South Korean internationals: defender Kwon Kyung-won (28, 14 caps) and midfielder Moon Seon-min (27, 14 caps). The club’s top scorer in the league last year, Yong-ji Park is still there. Last weekend, the team exploded defensively, conceding 4 goals.
Two players in the Gangwon squad defend the colors of the national team. They are midfielder Lee Yeong-Jae (2 caps) and forward Kim Seung-Dae (6 caps, one goal). The latter arrived at the club this winter from the defending champions, the Jeonbuk Motors. Top scorer last year with 10 goals, Kim Ji-Hyun scored last weekend when he started on the bench.