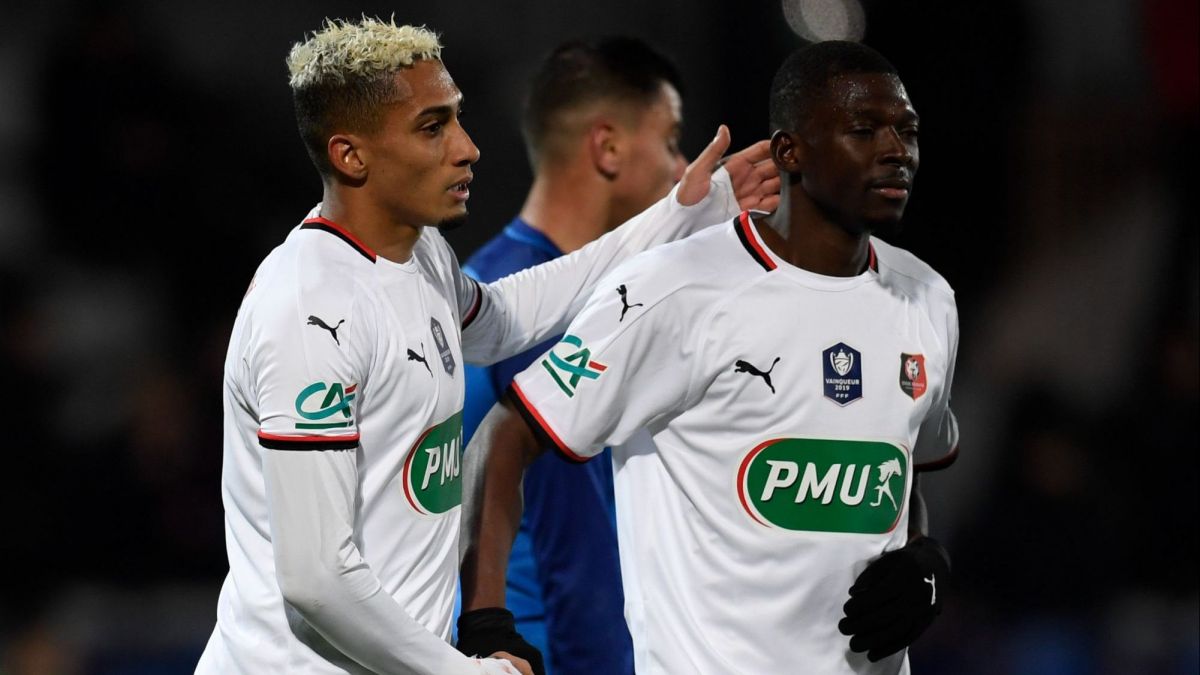 Friday evening, the 21st day of Ligue 1 begins with a meeting between Nice and Rennes. Nice hopes to get closer to European places while Rennes hopes to consolidate its place on the podium.

Not necessarily to their advantage in the first part of the season, Nice can always hope to have ambitions in this Ligue 1. Indeed, the Aiglons are only 4 points behind the 4th place in the ranking occupied by Nantes. In the championship, the men of Patrick Vieira have not lost since early December and won against Metz (4-1) and Toulouse (3-0) at home and tied against Brest (0-0) and Angers (1-1) in the last match. In the Coupe de France, the Aiglons also distinguished themselves by winning against Fréjus (2-0) then the Red Star (2-1), each time at home.
Opposite, Stade Rennais is having a good season a few months after winning the Coupe de France last May. Indeed, the Britons are only 3rd in Ligue 1 with 4 points ahead of the 4th from Nantes. In the championship, the Rouge et Noir have won 8 successes in the last 10 days. Recently, they beat Lyon (0-1) and Bordeaux (0-1) before losing to Marseille (0-1). Opposed to Nîmes in a late match last Wednesday, they imposed themselves in pain (0-1). Last weekend, they went to win in Aix-en-Provence against Athlético Marseille in the Coupe de France (0-2).

The staff for Nice vs Rennes

Nice must always compose without its side Atal and Durmisi, and without the replacement Lloris, all injured. However, Burner and Sarr will return from injury in defense and Pierre Lees-Melou will return from suspension in the middle.
Rennes, for its part, should still travel without the very good circles Johansson, Guclu and Jonas Martin, long-term injured, and without the former international Grenier. In addition, holder Bourigeaud has joined the infirmary, while right-back Hamari Traoré and central defender and captain Damien Da Silva are both suspended.

The probable compositions for Nice vs Rennes:

In the first leg, Nice won at the end of the match at Roazhon Park (1-2).
Nice has also not lost to Rennes since 10 confrontations.
Nice have won 5 of their last 6 home matches.

Often in the works lately, Rennes could be beaten on the field of a Nice team which is solid at Allianz Rivieira.