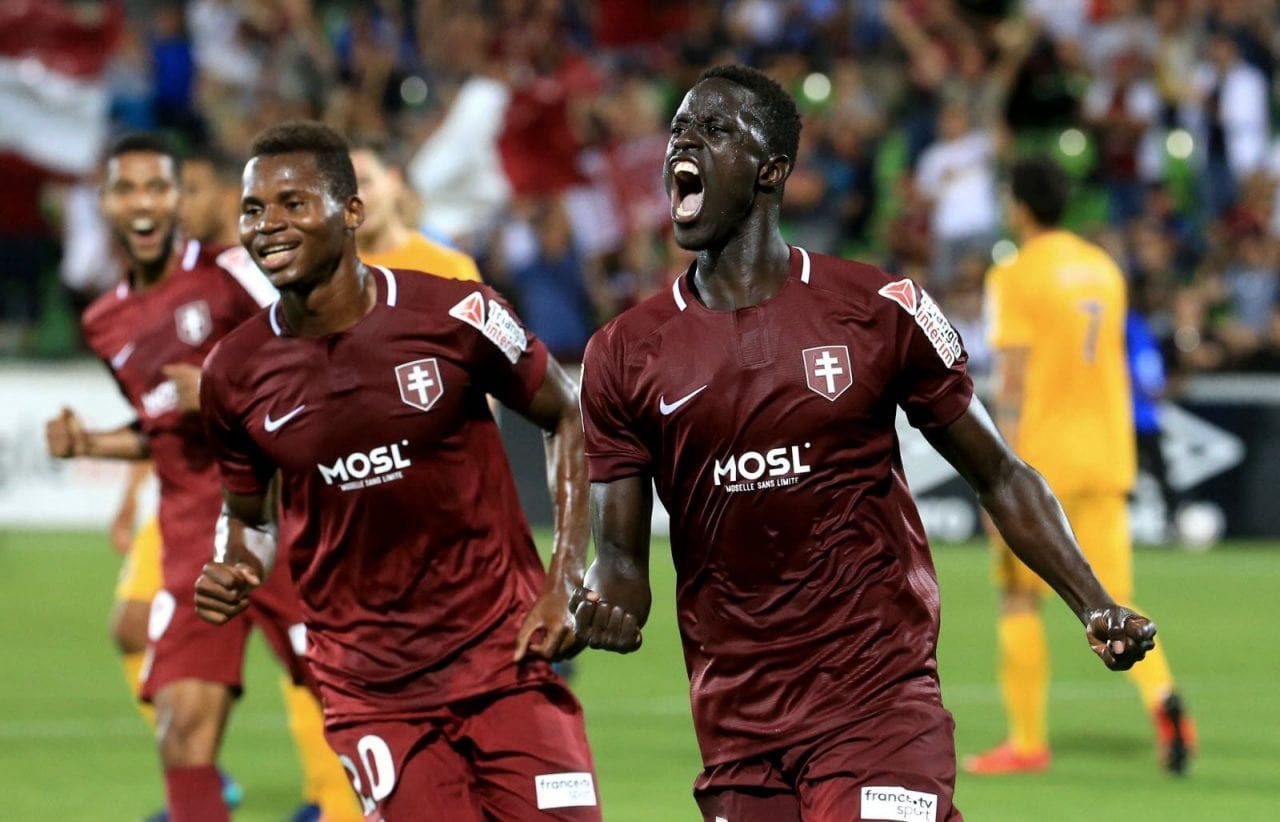 Saturday evening, Strasbourg moves to the field of Metz for the 20th day of Ligue 1. Metz is fighting for its maintenance while Strasbourg aims for a victory to try to get closer to European places.

Rather at ease during the first weeks of competition, FC Metz has not been involved for a while. The Garnets are only 17th in the ranking with 17 points, the same number as the barrage maker Amiens. All competitions combined, they have won only one of their last 14 games. Beaten by Rennes (0-1) and Nice (4-1), Vincent Hognon’s men held Marseille (1-1) and then Dijon (2-2) in check. On the other hand, on Monday, they exploded on the ground of Rouen in the Coupe de France despite the 3 divisions apart (3-0).
Strasbourg, for its part, is experiencing a diametrically opposite season since after having totally missed its start to the season, the club has recovered well in the fall and has displayed a sparkling shape for several weeks. Thierry Laurey’s men have won their last 5 meetings in all competitions. They notably won against Toulouse (4-2), Bordeaux (0-1) and Saint-Etienne (2-1) in the league as well as against Nantes in the Coupe de la Ligue. This weekend, the Alsatians did the job against Portel (1-4) but they lost to Reims Tuesday evening in the quarter-finals of the League Cup after shots on goal (0-0, 4-3 tab).

The staff for Metz vs Strasbourg

Metz remains amputated from its left side Cabit and potential holders Noss Traoré and Niane. On the other hand, the executives Sunzu, Fofana and Maïga will make their return from suspension and the important Cohade, Udol and Boulaya should find a place in the group.
Strasbourg should make the trip without its holders Caci, Liénard and Simakan, its attackers Mothiba and Da Costa, and its substitutes Prcic and Botella. With 7 goals scored, Ludovic Ajorque is the top scorer for his team.

Probable compositions for Metz vs Strasbourg:

In the wake of its very good performances, Strasbourg could sink a team from Messina in difficulty for several months now.