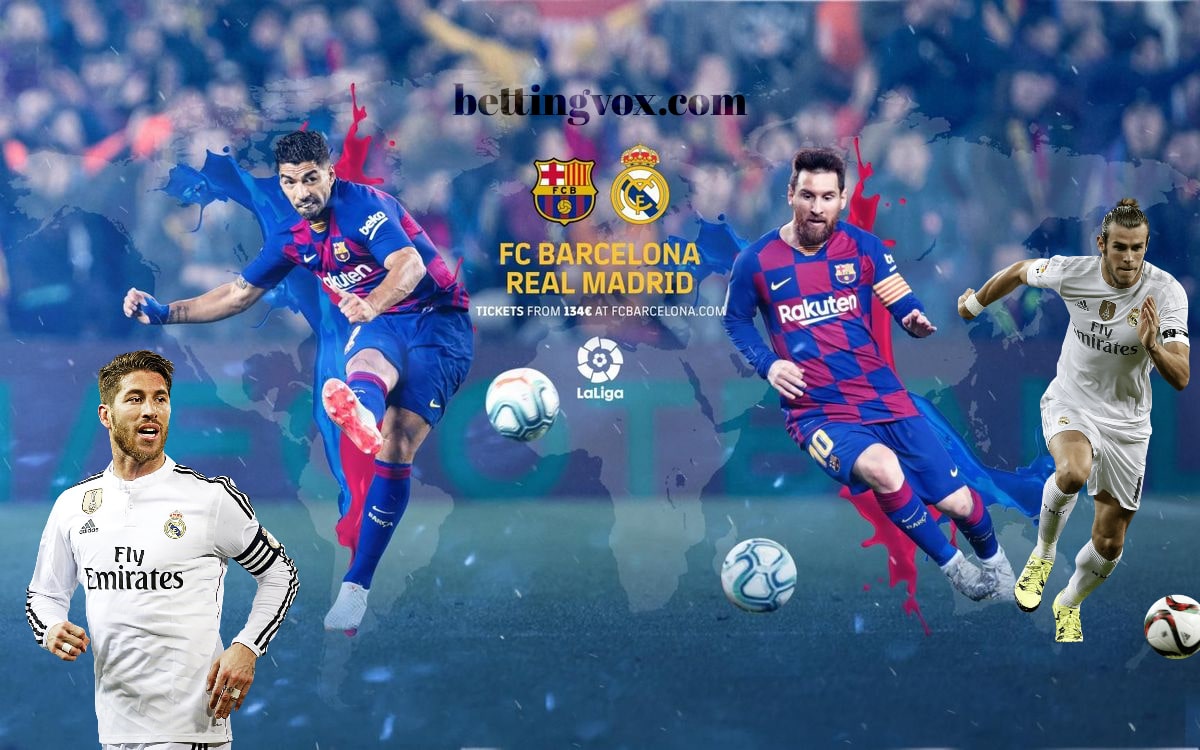 This Wednesday, Barça welcomes Real Madrid for the first Clasico of the season. Both teams will obviously want to win this Clasico to take alone the head of La Liga.

Author of a rather disappointing start to the season, FC Barcelona has finally recovered well in the direction of travel. First, the Catalans won 1st place in their group in the Champions League by finishing their group stage by winning notably against Dortmund (3-1) then against Inter in Milan despite a particularly reworked team and no challenge for the Blaugrana (1-2). In Liga, the band of Lionel Messi is at the top of the classification with 35 points, tied with their opponent of the day. After winning 4 matches in a row in La Liga (7 victories in all competitions) against Celta Vigo (4-1), Leganes (1-2), Atlético Madrid (0-1) and Mallorca (5-2), Barça were held in check last Saturday at Real Sociedad (2-2).
For its part, Real Madrid lives a season quite similar to its opponent of the day and rival. Like FC Barcelona, ​​the Merengues did not really convince during the first months of competition, notably losing two games (3-0 at the Parc in C1 and 1-0 at Mallorca). But ultimately, Zinedine Zidane’s men have raised the bar and share the lead with Barça following their success against Eibar (0-4), Real Sociedad (3-1), Alavès (1-2) and Espanyol (2-0). By cons, Sunday evening, they were held in check by Valencia, and were happy to equalize in the last moments of the game (1-1). In C1, the Merengues finished 2nd in their group behind Paris, winning in Bruges on the last day (1-3).

The staff for FC Barcelona vs Real Madrid

Barcelona will still have to contend without the important winger Dembélé and the potential midfielder Arthur, both injured. The replacement side for Junior Firpo is also forfeited. Both Griezmann and Suarez scored on Saturday and scored their respective 6th and 9th goals of the season in the league. Both should again be established alongside Lionel Messi.
for its part, Real continues to have to do without many holders. Indeed, Marcelo, Lucas Vazquez, Asensio, Hazard and James Rodriguez are all missing. Against Valencia on Sunday evening, Benzema saved his own in the last seconds of the game by scoring his 12th goal of the season in La Liga.

The compositions for FC Barcelona vs Real Madrid

The history of confrontations FC Barcelona vs Real Madrid

There have been 275 Clasico in history. Barcelona largely leads with 115 victories while Real have won only 99. Otherwise, these two rivals have neutralized 61 times.

Key points for the match FC Barcelona vs Real Madrid

– The winner of the match will take the lead.
– Barcelona have been unbeaten at home in La Liga since November 18, 2018.
– Real Madrid has several absent.
– Real Madrid appear to be dependent on Benzema on the offensive side this season.
– Barça have won 9 of their 10 home games this season (by 1 draw).
– Real have lost their only two away games of the season.

Barcelona seems a little better armed on paper to win Wednesday night and take the lead in the La Liga standings before Real Madrid diminished by the injuries of many executives.