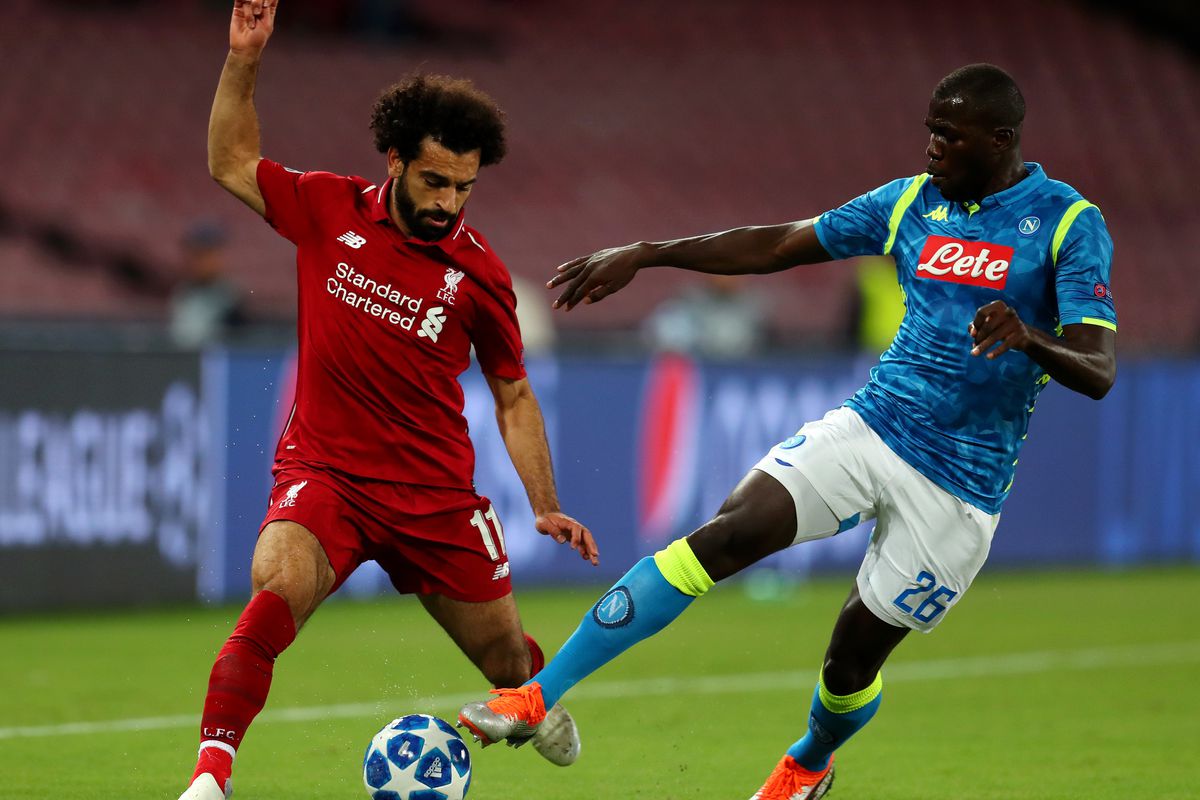 Wednesday night, Liverpool receives Napoli for one of the shocks of group E of the Europa League (5th day). Both teams are fighting for 1st place and will want to win.

As the defending champion, Liverpool was particularly expected at the start of the season in the Champions League. And yet, the Reds were surprised entry by Napoli, precisely, during the first day in this group (2-0). Then they reacted to win in the next 3 games against Salzburg (5-3), and Genk twice (1-4 and 2-1). In the league however, Jurgen Klopp’s men seem impregnable. They have already earned 37 points out of 39 possible and remain on 4 straight wins against Tottenham (2-1), Aston Villa (1-2), Manchester City (3-1) and Crystal Palace last weekend (1 -2).
For its part, Napoli is 2nd in this group despite his first win against Liverpool (2-0). Then, the Neapolitans could not win at Genk (0-0) before winning in Salzburg (2-3), and losing again points against Salzburg home (1-1). In the league, they remain in 5 games without a win against SPAL (2-2), Atalanta (2-2), Roma (2-1), Genoa (0-0) and AC Milan at the weekend. last (1-1). Beyond this series of 6 games without a win, it is the crisis out of the field with conflicts between the players and the presidency.

The staff for Liverpool vs SSC Napoli

Liverpool must do without defender Matip and without substitutes Clyne and Shaqiri, all three stranded in the infirmary. At the front, the infernal trio Salah-Firmino-Mané should be aligned after Salah has been preserved against Palace.
On the Neapolitan side, the Malcuit and Ghoulam sides and the Polish striker Milik are missing. In addition, Insigne is out of the group, he who has been the player most financially sanctioned by management. Tonelli is not on the C1 player list, while Ruiz and Mario Rui are uncertain. The former Parisian coach Ancelotti can however rely on the offensives Callejon, Lozano and Mertens.

The compositions for Liverpool vs SSC Napoli

The history of confrontations Liverpool vs SSC Napoli

The teams have competed 5 times in official competition since 2008. Liverpool has 2 wins, Napoli too and there was a draw.
In the first leg, Napoli took advantage of the support of his tifosi to take over Liverpool (2-0).

Key points for the match Liverpool vs SSC Napoli

– Liverpool have won or qualified in all of their home games of the season.
– It’s the crisis in Napoli that has not won for a month and has extra-sport problems.
– Liverpool is almost complete, Napoli must do without Mertens and Milik ahead.
– Incredibly strong at home, Liverpool will want to take revenge after losing the first leg.

Defeated in the first leg and unbelievable at Anfield, Liverpool will probably do everything possible to try to take revenge.