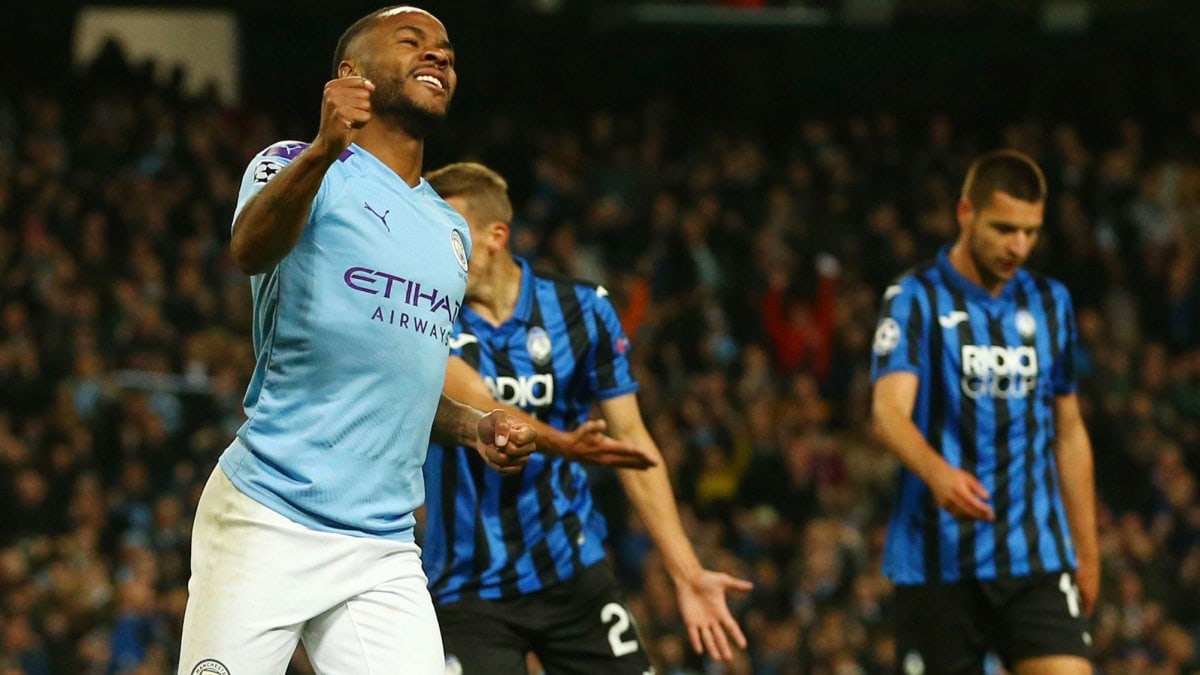 This Wednesday, Atalanta receives Manchester City as part of the fourth round of Group C Champions League. Atalanta always runs after their 1st points. Manchester City wants to continue its flawless.

Surprising third in Serie A last May, Atalanta made its big premiere in the Champions League. The apprenticeship is difficult for the Bergamo-based group which ranks last in Group C with 0 points on the clock. Papu Gomez’s partners lost to Dinamo Zagreb (4-0), Shakhtar Donetsk (1-2) and Manchester City last week (5-1). A qualification for the Europa League seems already compromised. On the other hand, the team is rather well represented on the national scene. 5th in Serie A, the men of Gian Piero Gasperini remain on a conceded backhand, at home, against a seductive team from Cagliari. This setback put an end to a good series of 8 games without losses in the league (5 wins and 3 draws).
Eliminated prematurely from the last editions of the Champions League, Manchester City has great ambitions this season. The Mancunian formation has also perfectly started its group stage and occupies the head of group C with 3 successes gleaned in as many meetings. The team went to Shakhtar (0-3) and home to Dinamo Zagreb (2-0) and Atalanta (5-1). In the league, the Citizens are currently 2nd in the Premier League but already concede 6 units behind 1st place. After being surprised at home by Wolverhampton (0-2), they won their last 3 games played at Crystal Palace (0-2), against Aston Villa (3-0) and against Southampton hard last weekend (2 -1).

For Atalanta, it is important to report the loss of the great striker Duvan Zapata, but also the left piston holder Gosens. In attack, Luis Muriel is a very good alternative to Zapata, he has even exceeded the scorers. Muriel should be supported by Papu Gomez and Ilicic.
On the side of Manchester City, the promising midfielder Foden is suspended for this meeting while season-opening holders Sané, Laporte, Zinchenko and Rodri are stranded in the infirmary, and were joined this week by the experienced David Silva. As on the side of Liverpool yesterday, we should see a slight turn-over since the two clubs compete this weekend in a big shock of the Premier League.

The compositions for Atalanta Bergamo vs Manchester City

The history of confrontations Atalanta Bergamo vs Manchester City

The two teams had never met before the first leg won easily by City.

Key points for the match Atalanta Bergamo vs Manchester City

With full confidence, Manchester City has the assets to win at a formation of Atalanta which remains blocked at 0 points.