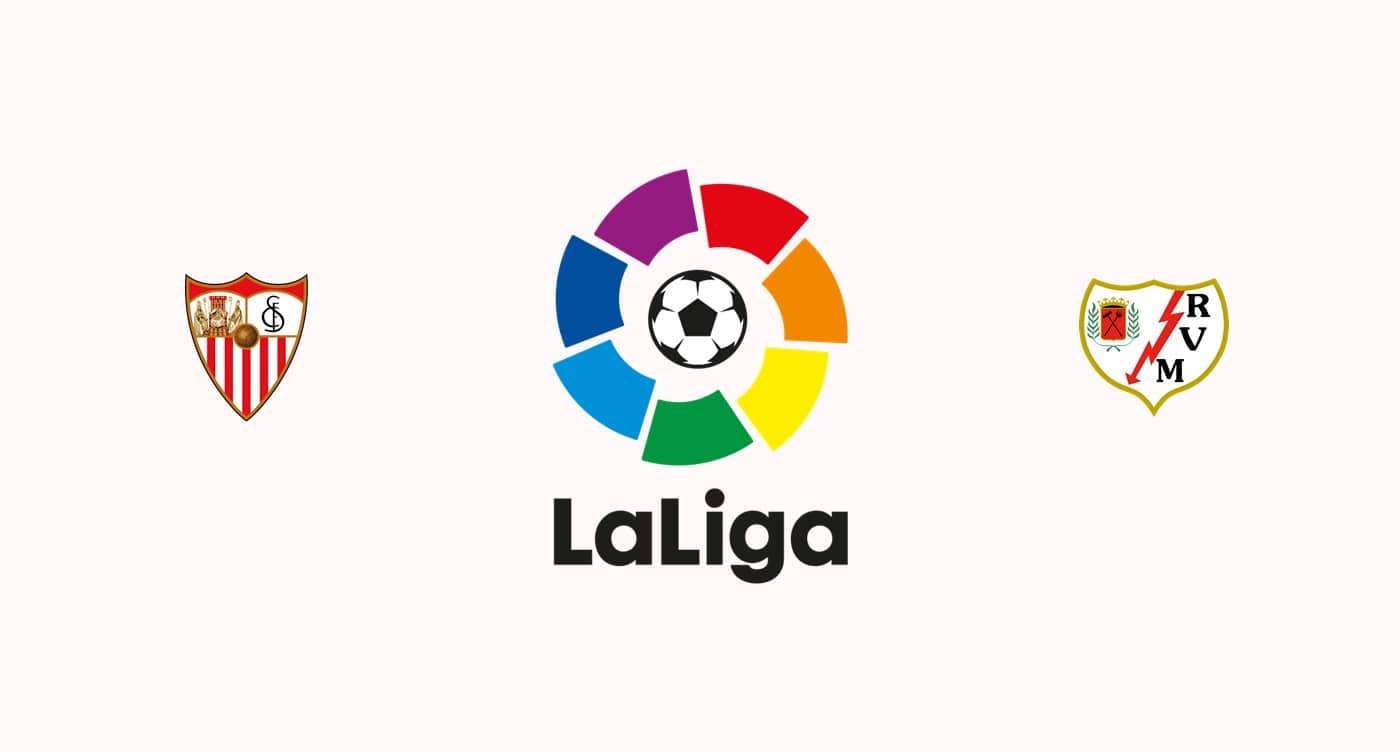 This Thursday afternoon at Sanchez Pijzuan, Sevilla receives the Rayo A count for the 34th Spanish league.

His goalscoring ratio has 54 scored and 42 conceded, with an average of 2.9 goals per game.

His home performance has been very strong, adding 10 wins in the 16 rounds as visited. The team comes from a 3-0 defeat in their visit to the Getafe stronghold.

Rayo is in 20th place in the Spanish championship with 28 points, with 7 wins, 7 draws and 9 losses.

In terms of goals scored 36 scored and 57 conceded, making an average of 2.8 goals per game.

His out-of-doors performance has been very poor, adding 3 wins in 16 games away from his fans. The formation of Vallecas comes from a home draw to zeros before the Huesca.

I believe there is value in exploring the goal market for Sevilla. On the final day, Caparros’ pupils lost a battle but have not yet lost the fight in the Champions League. It will therefore be imperative to defeat this Ray that is standing in the second division.

The Vallecas team is the team that has scored the least points to play away from home, and will have many difficulties to fight a Sevilla that presents the 4th best home record of the competition.

Rayo has been very fragile in the defensive plan, and adding all we have conditions here to see a new home triumph of Sevilla that should confirm all his favoritism when scoring goals in both parts.