The last two games this week in the UEFA Champions League are going to be really spectacular, and the most anticipated match is Ajax and Real Madrid scheduled at 22:00 on Johan Cruyff Arena. The 3-year encyclopedia champion is ready to continue the UCL run, while the Dutch feel they can kick this year. 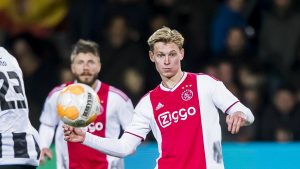 Ajax is one of the bands of this UCL season that has been impressed by the first games played in the groups of this competition, being really a team that has changed quite a lot compared to the previous seasons. Drawn from the edge of Ten Hag, Ajax wants to do a great job this year, namely to reach the final stage of the UCL, but it will not be easy if we look at what opponent he meets tonight. Zyiech & Co has managed to keep up with teams such as Benfica or Bayern Munich, but it remains to be seen if he will keep the same breath for this double hand. In the championship he succumbed to the last stage on the field at Heracles, being something to be expected, the UCL match being extremely important for the Dutch team.

“You have to respect each opponent. We hope to make a game as good as the Atletico weekend. We have beautiful memories from this stadium. ” – Solari. 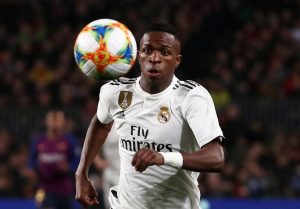 Real Madrid is preparing to start the elimination phase of UCL on Ajax’s Dutch field and hopes to finish the last arena that will host the final this year, then defend its trophy, but things do not seem to repeat as in previous years. After removing Lopetegui, Santiago Solari eventually managed to balance the balance again in the Madrilean camp, and that year 2019 brought a very positive change for Los Blancos, returning to the title race and most importantly: the game whites end up giving fruit. Real Madrid is 6 points behind the Barcelona leader and comes after 6 wins, the last even against the Atletico rival, score 3-1.
Real Madrid expected team: Courtois; Carvajal, Ramos, Varane, Reguilon; Modrić, Casemiro, Kroos; Bale, Benzema, Vincius

Bookmakers’ odds are shrinking for Ten Hag’s band, which alongside a generous audience in the Amsterdam arena may blow, but I do not think Los Blancos will get tangled even in front of a band that managed to score 3 times in Bayern Munich. History is on the side of whites who have faced eight times in history, winning 6 of these meetings. I think Benzema & Co will not be able to defeat Johan Cruyff Arena but it will be clear what will be their attitude throughout the game and if the coach of Ajax has not prepared some surprises that will make the Dutch stand in front the champion of Europe.